After one month since its launch, some first insights about our survey can be revealed. The aim of RENAISSANCE survey on renewable energy and community-based solutions is to identify the factors that influence the acceptance of local renewable energy production technologies.

The survey is divided into four sections addressing:

RENAISSANCE survey has been distributed in five different languages throughout Europe with a total of 97 responses collected to date. The most represented countries are Italy (30%) and Spain (30%), followed by sparse number of respondents from eight other European countries and the UK . From this initial dataset only preliminary insights can be derived. A more comprehensive analysis of the results will be included in a final report that will be published on the official RENAISSANCE project website by August 2020.

The first results of the survey on renewable energy and community-based solutions show a general concern for environmental issues. The weighted average of received answers identified climate change as the issue of most concern, followed by poverty and infectious diseases[1] (Figure 1). The current sample of respondents is well distributed among men and women, different ranges of income and age, and population density areas. Most respondents are household energy consumers and a strong majority holds at least a bachelor degree.

Figure 1 – average ranking of global issues of most concern

The in-depth analysis of the most concerning environmental issues reveals that the rise of global temperature and air pollution ranked the highest (Figure 2).

Figure 2 – average ranking of environmental issues of most concern

Introduction of “Clean Energy for all Europeans” directive

Respondents consider the energy production extremely impactful on environmental issues and think that the introduction of changes in the energy system is a substantial factor to tackle them.  Most respondents declare to be interested in the novel consumption and production models (e.g. the energy communities, peer-to-peer, virtual power plants) although the overall awareness is low. Most respondents believe they energy directives are very important to promote a more sustainable future (Figure 3) yet almost half of all respondents are not aware about the existence of the “Clean Energy for all Europeans” package (Figure 4).

On average, respondents in Italy and Spain have a lower awareness about the existing directives and regulations, compared to other European countries. 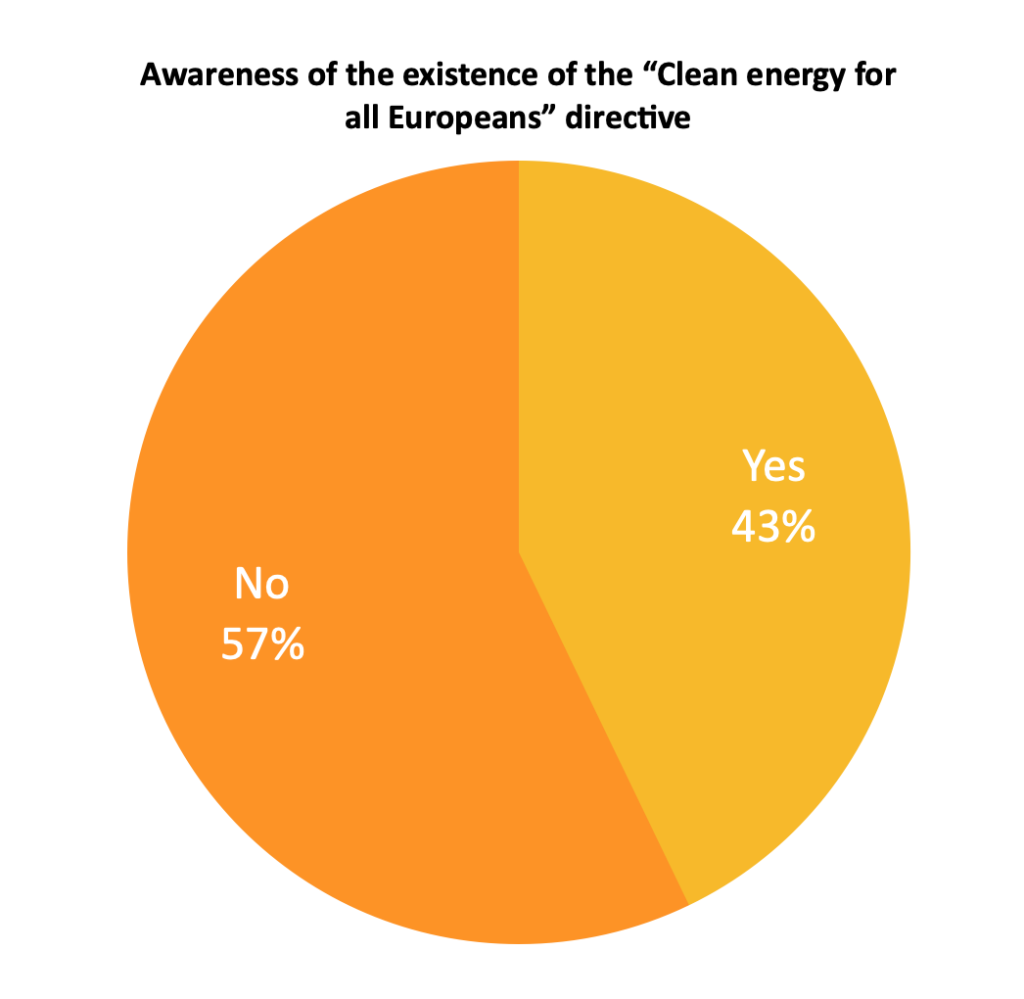 Despite a widespread knowledge of renewables solutions, there is no equivalent awareness of existing policies supporting their implementation: 50% of the respondents were not aware of existing initiatives, 30% were aware that some policies exist, and only 10% were able to recall both the name and content of at least one of them. Albeit the high environmental commitment, it can be hypothesized that the information about incentives and regulatory provisions that may increase participation in climate-responsible choices, especially concerning energy production, does not reach respondents (Figure 5).

The moderate to low average level of satisfaction concerning the amount of measures facilitating consumers’ transition to renewables upholds the previous assumption.

Concerning risks, transparency and safety issues were considered equally important by all age groups. When looking at the different perception across age groups, respondents between 18 and 54 years old were most concerned about the risks associated with  health issues, while for people aged 55+ the costs were of the highest importance (Figure 8).

Concerning the benefits that would convince the respondents, the most impactful one was the environmental advantage, followed by the economic benefits (18-54 age group) and greater resilience in case of an energy crisis (55+ age group) (Figure 9).

There were no significant differences between the two age groups concerning their favourite business model: all groups identified the energy community as the best option, and the ESCO model as the least preferred option (Figure 10).

The majority of the respondents declared that they would seek information before switching to a renewable energy supplier, firstly by asking to friends and colleagues for advice, secondly using information collected from the energy suppliers and thirdly through information sourced from environmental associations.

Institutional news agencies, academic or scientific press and online channels were less likely to be used, with radio, television and newspapers considered the least (Figure 14). Such analysis suggests that energy suppliers should offer clear and transparent information to their customers, in order to gain their trust. Moreover, representatives of environmental associations should be involved in the development, evaluation and subsequent dissemination of policies and their  content, to better guide citizens in building an informed opinion about the evolving regulations.

The survey will be available in all six languages until mid-june 2020.

[1] Covid-19 global pandemic may have influenced the responses given as during the survey completion period (April – May 2020), the majority of the European citizens were under lockdown.

TAKE YOUR TIME: we translated the survey in six different languages!

The survey is anonymous and will take approximately 20 minutes to complete. A progress bar will guide you until final submission.

Will the results be available to the public?

The final report about main findings of the survey will be published in this website resources section. 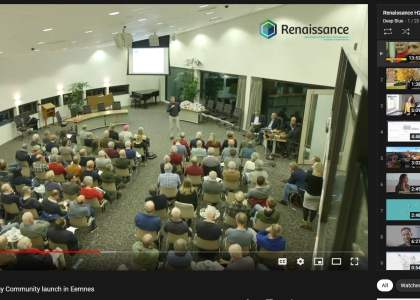 by Nikolas Giampaolo, project consultant @Deep Blue Italy We are very proud to offer our readers the possibility of watching all our four… 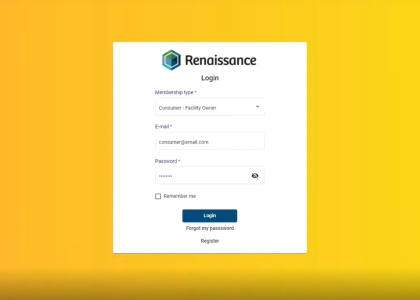 by Rebecca Hueting – dissemination team at Deep Blue Italy What is an Energy Nodes Integration? The new resource uploaded is the deliverable… 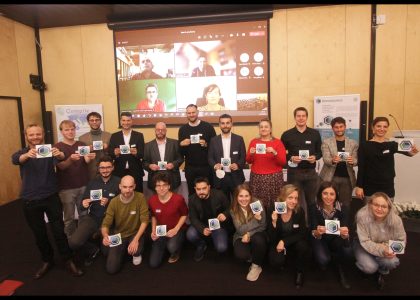 by Nikolas Giampaolo, project consultant at Deep Blue Italy   STEER IT UP – Hands on event was a success! On the 21st…