In this third “Pilot’s story: Manzaneda ski-resort first of its kind” we invite our followers not only to read the latest updates from our Spanish pilot, but also to participate to the Manzaneda pilot site walking tour which will take place on Tuesday 8th of June!

The Cabeza de Manzaneda ski resort (Ourense) has become the first Spanish resort with a photovoltaic installation for community self-consumption that incorporates storage batteries. This advance has been carried out as part of the European H2020 Renaissance project, whose objective is the research and development of technologies for the integration of renewable energies in local communities.

The system has been deployed for the first time in Spain in the Galicia Building, a community of owners that consists of 163 private homes. Within the framework of this project, a second photovoltaic system has also been installed to generate energy to supply the tourist accommodation, commercial premises and facilities at the ski resort, including ski lifts, shopping area, restaurants, swimming pool, sports centre, water treatment plant and artificial snow cannons.

Both facilities will generate a total of 201,780 kWh/year of renewable energy, which will reduce carbon dioxide emissions from energy consumption by 48.62 tonnes of CO2.

In addition, an electric vehicle charging station has been incorporated with the aim of increasing the use of locally produced renewable energy also during the warmer seasons.

To record energy consumption in real time a network of smart meters has been integrated throughout the facility, which will be complemented by an IoT platform, currently under development, that will allow the adaptation of production and demand. This platform, combined with the use of clean energy, aims to optimise the use of renewable energy, reduce consumption peaks and increase its use during periods of low energy cost in order to reduce the electricity consumption of the main grid and also help its stability.

The Manzaneda pilot project, managed by the public company Meisa and for whose technical development everis Ingeniería/NTT Data is responsible, aims to become a national benchmark in the research of technologies related to the energy transition and the Green Deal.

This 36-month project, half of which has already been executed, aims to establish a replicable model to design and operate local, integrated and sustainable energy systems at a lower cost than the current one and to exceed the renewable energy integration and CO2 emission savings targets set by the European Commission. 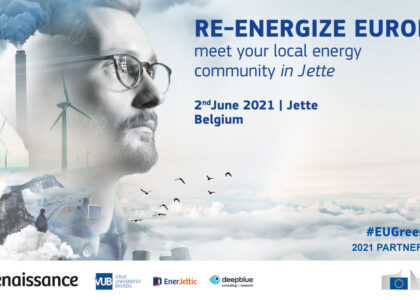 by Rebecca Hueting, dissemination team @ Deep Blue Italy We’re glad to announce that on the 31st of May the Eu Green Week…